Flexible and hassle-free Airbnb management that optimises your rental income. Get a quote now.

Let's see how much your property could earn!

We're one of a select few Professional Airbnb Co-hosts

We deliver 5★ stays and hosting experiences

Want to stay in one of our properties? Visit book.passthekeys.com 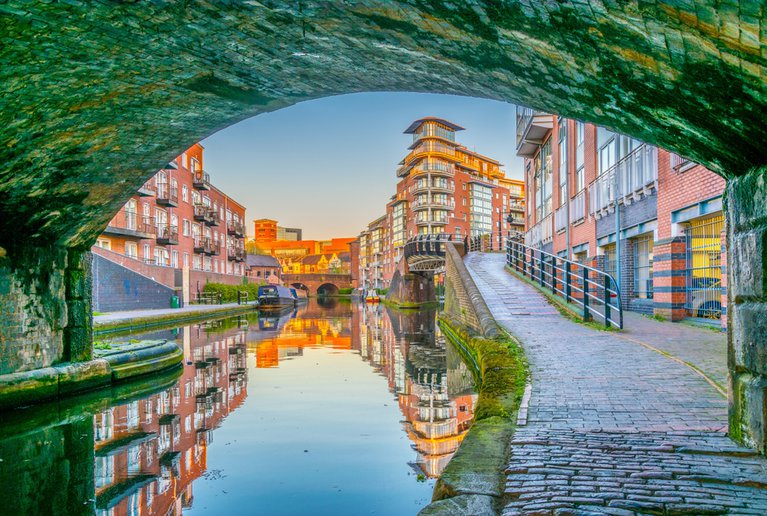 Want to stay in one of our properties? Visit book.passthekeys.com

Why let Pass the Keys manage your Airbnb?

We are one of the very few official Airbnb cohosts in the UK, so you can trust us with your short let property.

We use a proprietary dynamic pricing strategy to maximise your rental income by hitting the right balance of nightly rates and occupancy.

We upload photos after every clean, so you always know the condition of your Airbnb property.

We thoroughly vet guests prior to accepting bookings to ensure the security of your Airbnb.

What Airbnb management services does Pass the Keys provide?

We are an Airbnb Professional Cohost

We have been selected among thousands of professional Airbnb management companies to be an official Airbnb cohost.

Airbnb hosting in Birmingham is big business and property to rent in Birmingham is in high demand. It’s no secret, however, that short letting can be tricky business. This is where our Birmingham property services come in! Pass the Keys Birmingham are a local Airbnb management company that will help you optimise your pricing strategy to maximise the number of guests you receive at your Birmingham accommodation, especially those attending popular near events. Our local Airbnb agency manages all aspects of the short letting process, from listing your property on 20+ short let market platforms, providing Airbnb cleaner to keep your property spick and span, to 24/7 guest support. For a comprehensive Airbnb hosting solution, get in touch with Pass the Keys Birmingham.

Pass the Keys Birmingham Central are locally based, with an extensive knowledge of the city and the surrounding areas. Your listing will be optimised with professional photos and dynamic advertising, and pricing software that will ensure you always get the best nightly rate for your property. The booking journey will be managed end-to-end by ourselves, including guest screening, cleaning, property and maintenance management, check in and check out, with round the clock guest support. Pass the Keys removes the hassle of short term letting management for you, allowing you to sit back and reap the rewards.

Track the rental income for your short let for any given month and monitor occupancy rates and average daily rates.

Photos after each clean

View the service log to see photos uploaded by the cleaner after each changeover. Have peace of mind that your short let is in excellent condition.

View all upcoming guest bookings at a glance. Book unlimited personal stays in your short let property through our calendar by simply blocking the dates.

Read the wonderful reviews your guests leave for your short let property. See each one as it comes in and your average rating.

Bustling Birmingham, the UK’s second city, one of the youngest populated cities in Europe, is ideal for those seeking culture, history, exciting nightlife and great places to eat. Ideally located within the centre of England with easy transport links, it’s possible to reach 90% of the rest of country in under 4 hours. It’s easy to see why Birmingham draws in so many tourists each year, increasing year on year, and why it is such a desirable location to rent out a property.

Sitting in the heart of England, Birmingham is steeped in history and culture, being the forerunner of the Industrial Revolution, the city was home to some of the greatest innovators and inventors that formed the country into what it is today. There are more canals than Venice running through the area, 40% of all jewellery in the UK is produced here, and iconic brands such as Cadbury’s still operate from here. For the foodies, there are more Michelin star restaurants in Birmingham than anywhere else outside of London, as well as being the birthplace of the balti, with over 100 balti houses to try! Culture vultures will head straight to the various museums and art galleries, with Birmingham Museum and Art Gallery in Victoria Square holding the world’s largest collection of pre-Raphaelite paintings.

There is more to see outside of the city centre. The Black Country and Solihull both neighbour Birmingham, and offer more for couples and families, the newly completed MacArthur Glen Retail Outlet in Cannock is great for the shopaholics, as well as numerous National Trust and English Heritage attractions for those who want to bring the past to life.

We’ve been featured in news sites such as

Get started today or speak to a host advisor